Cozie is an iOS App for for human comfort data collection. It is extremely useful for conducting right-here-right-now surveys in buildings. It can, however, be used to ask questions in other settings, allowing people to provide feedback in real-time.

Cozie for iOS builds on the knowledge that the BUDS Lab and SinBerBEST gained in developing Cozie for Fitbit.

Being Apple one of the major players in wearable devices market and with the Apple Watch dominating the global smartwatch market share, we decided to develop Cozie for iOS.

Cozie is now in Beta version and it will be soon available for download on the Apple Store. To find out more about Cozie or to become a tested please contact us at cozie.app@gmail.com

To find out more about Cozie please watch the following video.

Choose the questions to display to the users by changing the soruce code. 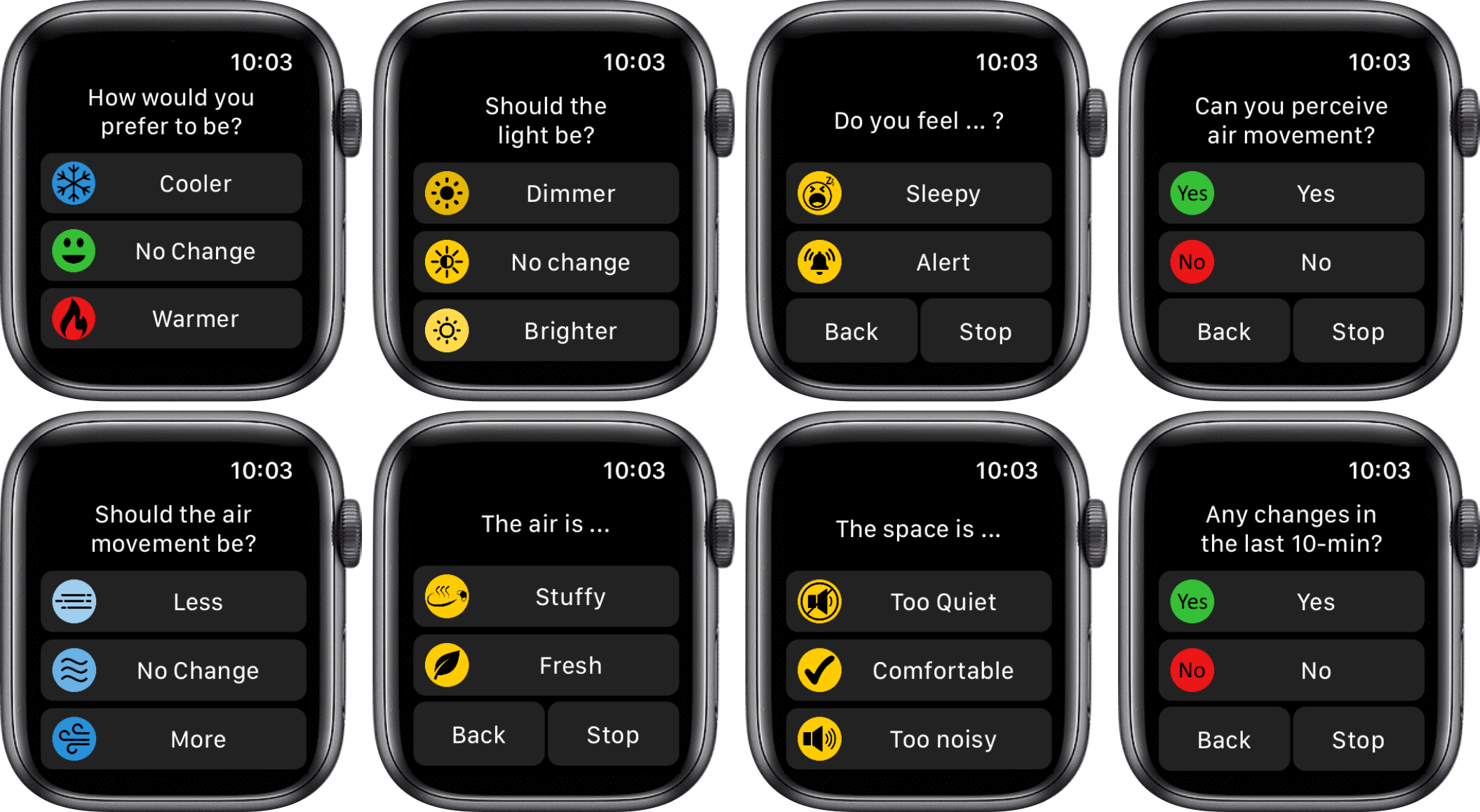 While Cozie Apple was developed using iPhone 11 and Apple watch 6, it is compatible with iOS 9 or newer and with the Apple Watch gen 3 or newer..

The Cozie is released under at GPLv3 License.